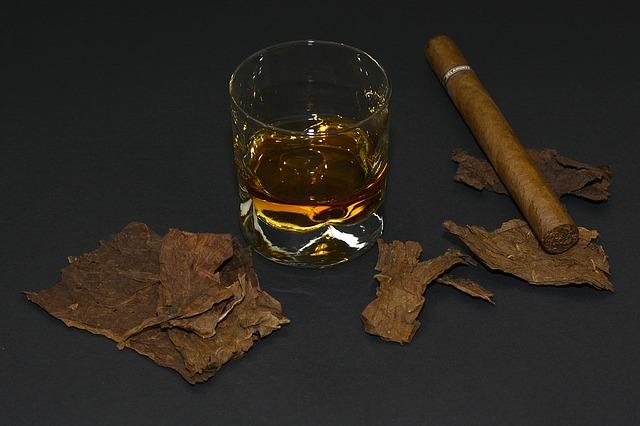 Addiction is defined as a chronic, relapsing disorder characterized by compulsive drug seeking, continued use despite harmful consequences, and long-lasting changes in the brain. It is considered both a complex brain disorder and a mental illness. Addiction is the most severe form of a full spectrum of substance use disorders, and is a medical illness caused by repeated misuse of a substance or substances. Use of and addiction to alcohol, nicotine, and illicit drugs cost the Nation more than $740 billion a year related to healthcare, crime, and lost productivity. In 2016, drug overdoses killed over 63,000 people in America, while 88,000 died from excessive alcohol use. Tobacco is linked to an estimated 480,000 deaths per year.

How are substance use disorders categorized?

NIDA uses the term addiction to describe compulsive drug seeking despite negative consequences. However, addiction is not a specific diagnosis in the fifth edition of The Diagnostic and Statistical Manual of Mental Disorders (DSM-5)—a diagnostic manual for clinicians that contains descriptions and symptoms of all mental disorders classified by the American Psychiatric Association (APA).

In 2013, APA updated the DSM, replacing the categories of substance abuse and substance dependence with a single category: substance use disorder, with three sub classifications—mild, moderate, and severe. The symptoms associated with a substance use disorder fall into four major groupings: impaired control, social impairment, risky use, and pharmacological criteria (i.e., tolerance and withdrawal).

The new DSM describes a problematic pattern of use of an intoxicating substance leading to clinically significant impairment or distress with 10 or 11 diagnostic criteria (depending on the substance) occurring within a 12-month period. Those who have two or three criteria are considered to have a “mild” disorder, four or five is considered “moderate,” and six or more symptoms, “severe.” The diagnostic criteria are as follows:

What is  drug use, misuse, and addiction?

Drug use refers to any scope of use of illegal drugs: heroin use, cocaine use, tobacco use. Drug misuse is used to distinguish improper or unhealthy use from use of a medication as prescribed or alcohol in moderation. These include the repeated use of drugs to produce pleasure, alleviate stress, and/or alter or avoid reality. It also includes using prescription drugs in ways other than prescribed or using someone else’s prescription. Addiction refers to substance use disorders at the severe end of the spectrum and is characterized by a person’s inability to control the impulse to use drugs even when there are negative consequences. These behavioral changes are also accompanied by changes in brain function, especially in the brain’s natural inhibition and reward centers. The  use of the term addiction corresponds roughly to the DSM definition of substance use disorder. The DSM does not use the term addiction. The uses of term misuse, as it is roughly equivalent to the term abuse. Substance abuse is a diagnostic term that is increasingly avoided by professionals because it can be shaming, and adds to the stigma that often keeps people from asking for help. Substance misuse suggests use that can cause harm to the user or their friends or family.

What is the difference between physical dependence, tolerance, and addiction?

Physical dependence can occur with the regular (daily or almost daily) use of any substance, legal or illegal, even when taken as prescribed. It occurs because the body naturally adapts to regular exposure to a substance (e.g., caffeine or a prescription drug). When that substance is taken away, (even if originally prescribed by a doctor) symptoms can emerge while the body re-adjusts to the loss of the substance. Physical dependence can lead to craving the drug to relieve the withdrawal symptoms. Tolerance is the need to take higher doses of a drug to get the same effect. It often accompanies dependence, and it can be difficult to distinguish the two. Addiction is a chronic disorder characterized by drug seeking and use that is compulsive, despite negative consequences.

How do drugs work in the brain to produce pleasure?

Nearly all addictive drugs directly or indirectly target the brain’s reward system by flooding the circuit with dopamine. Dopamine is a neurotransmitter present in regions of the brain that regulate movement, emotion, cognition, motivation, and reinforcement of rewarding behaviors. When activated at normal levels, this system rewards our natural behaviors. Overstimulating the system with drugs, however, produces effects which strongly reinforce the behavior of drug use, teaching the person to repeat it.

Is drug use or misuse a voluntary behavior?

The initial decision to take drugs is generally voluntary. However, with continued use, a person’s ability to exert self-control can become seriously impaired. Brain imaging studies from people addicted to drugs show physical changes in areas of the brain that are critical for judgment, decision-making, learning, memory, and behavior control. Scientists believe that these changes alter the way the brain works and may help explain the compulsive and destructive behaviors of a person who becomes addicted.

Can addiction be treated successfully?

Yes. Addiction is a treatable, chronic disorder that can be managed successfully. Research shows that combining behavioral therapy with medications, if available, is the best way to ensure success for most patients. The combination of medications and behavioral interventions to treat a substance use disorder is known as medication-assisted treatment. Treatment approaches must be tailored to address each patient’s drug use patterns and drug-related medical, psychiatric, environmental, and social problems. Relapse rates for patients with substance use disorders are compared with those suffering from hypertension and asthma. Relapse is common and similar across these illnesses (as is adherence to medication). Thus, drug addiction should be treated like any other chronic illness, with relapse serving as a trigger for renewed intervention.

Does relapse to drug use mean treatment has failed?

No. The chronic nature of addiction means that relapsing to drug use is not only possible but also likely. Relapse rates are similar to those for other well-characterized chronic medical illnesses such as hypertension and asthma, which also have both physiological and behavioral components. Relapse is the return to drug use after an attempt to stop. Treatment of chronic diseases involves changing deeply imbedded behaviors. Lapses back to drug use indicate that treatment needs to be reinstated or adjusted, or that alternate treatment is needed. No single treatment is right for everyone, and treatment providers must choose an optimal treatment plan in consultation with the individual patient and should consider the patient’s unique history and circumstance.

How many people die from drug use?