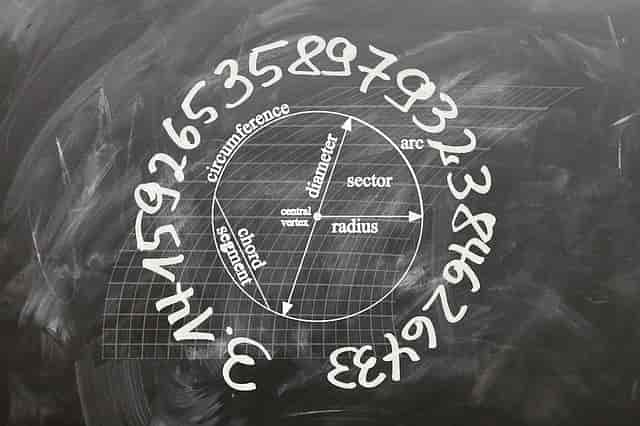 According to the Diagnostic and Statistical Manual of Mental Disorders (DSM-5), a guide created by the American Psychiatric Association used to diagnose mental disorders, people with ASD have:

Autism is known as a “spectrum” disorder because there is wide variation in the type and severity of symptoms people experience. ASD occurs in all ethnic, racial, and economic groups. Although ASD can be a lifelong disorder, treatments and services can improve a person’s symptoms and ability to function. The American Academy of Pediatrics recommends that all children be screened for autism. All caregivers should talk to their doctor about ASD screening or evaluation.

Signs and Symptoms of ASD

People with ASD have difficulty with social communication and interaction, restricted interests, and repetitive behaviors. The list below gives some examples of the types of behaviors that are seen in people diagnosed with ASD. Not all people with ASD will show all behaviors, but most will show several.

Social communication / interaction behaviors may include:

While scientists don’t know the exact causes of ASD, research suggests that genes can act together with influences from the environment to affect development in ways that lead to ASD. Although scientists are still trying to understand why some people develop ASD and others don’t, some risk factors include:

Doctors diagnose ASD by looking at a person’s behavior and development. ASD can usually be reliably diagnosed by the age of two. It is important for those with concerns to seek out assessment as soon as possible so that a diagnosis can be made, and treatment can begin.

Diagnosis in young children is often a two-stage process.

Every child should receive well-child check-ups with a pediatrician or an early childhood health care provider. The American Academy of Pediatrics recommends that all children be screened for developmental delays at their 9-, 18-, and 24- or 30-month well-child visits and specifically for autism at their 18- and 24-month well-child visits. Additional screening might be needed if a child is at high risk for ASD or developmental problems. Those at high risk include children who have a family member with ASD, have some ASD behaviors, have older parents, have certain genetic conditions, or who were born at a very low birth weight.

Parents’ experiences and concerns are very important in the screening process for young children. Sometimes the doctor will ask parents questions about the child’s behaviors and combine those answers with information from ASD screening tools, and with his or her observations of the child. Read more about screening instruments on the Centers for Disease Control and Prevention (CDC) website.

Children who show developmental problems during this screening process will be referred for a second stage of evaluation.

This second evaluation is with a team of doctors and other health professionals who are experienced in diagnosing ASD.

This team may include:

The evaluation may assess:

Because ASD is a complex disorder that sometimes occurs along with other illnesses or learning disorders, the comprehensive evaluation may include:

The outcome of the evaluation will result in a formal diagnosis and recommendations for treatment.

Diagnosis in older children and adolescents

ASD symptoms in older children and adolescents who attend school are often first recognized by parents and teachers and then evaluated by the school’s special education team. The school’s team may perform an initial evaluation and then recommend these children visit their primary health care doctor or doctors who specialize in ASD for additional testing.

Parents may talk with these specialists about their child’s social difficulties including problems with subtle communication. These subtle communication issues may include problems understanding tone of voice, facial expressions, or body language. Older children and adolescents may have trouble understanding figures of speech, humor, or sarcasm. Parents may also find that their child has trouble forming friendships with peers.

Diagnosing ASD in adults is often more difficult than diagnosing ASD in children. In adults, some ASD symptoms can overlap with symptoms of other mental-health disorders, such as anxiety or attention-deficit/hyperactivity disorder (ADHD).

Adults who notice the signs and symptoms of ASD should talk with a doctor and ask for a referral for an ASD evaluation. While testing for ASD in adults is still being refined, adults can be referred to a neuropsychologist, psychologist, or psychiatrist who has experience with ASD. The expert will ask about concerns, such as:

Information about the adult’s developmental history will help in making an accurate diagnosis, so an ASD evaluation may include talking with parents or other family members.

Getting a correct diagnosis of ASD as an adult can help a person understand past difficulties, identify his or her strengths, and obtain the right kind of help. Studies are now underway to determine the types of services and supports that are most helpful for improving the functioning and community integration of transition-age youth and adults with ASD.

Changes to the diagnosis of ASD

In 2013, a revised version of the Diagnostic and Statistical Manual of Mental Disorders (DSM) was released. This revision changed the way autism is classified and diagnosed. Using the previous version of the DSM, people could be diagnosed with one of several separate conditions:

In the current revised version of the DSM (the DSM-5), these separate conditions have been combined into one diagnosis called “autism spectrum disorder.” Using the DSM-5, for example, people who were previously diagnosed as having Asperger’s syndrome would now be diagnosed as having autism spectrum disorder. Although the “official” diagnosis of ASD has changed, there is nothing wrong with continuing to use terms such as Asperger’s syndrome to describe oneself or to identify with a peer group.

Treatment for ASD should begin as soon as possible after diagnosis. Early treatment for ASD is important as proper care can reduce individuals’ difficulties while helping them learn new skills and make the most of their strengths.

The wide range of issues facing people with ASD means that there is no single best treatment for ASD. Working closely with a doctor or health care professional is an important part of finding the right treatment program.

A doctor may use medication to treat some symptoms that are common with ASD. With medication, a person with ASD may have fewer problems with:

Read more about the latest news and information on medication warnings, patient medication guides, or newly approved medications at the Food and Drug Administration’s (FDA) website at https://www.fda.gov/.

People with ASD may be referred to doctors who specialize in providing behavioral, psychological, educational, or skill-building interventions. These programs are typically highly structured and intensive and may involve parents, siblings, and other family members. Programs may help people with ASD:

Increase or build upon strengths

There are many social services programs and other resources that can help people with ASD. Here are some tips for finding these additional services:

Find an autism support group. Sharing information and experiences can help individuals with ASD and/or their caregivers learn about treatment options and ASD-related programs.

Record conversations and meetings with health care providers and teachers. This information helps when it’s time to make decisions about which programs might best meet an individual’s needs.

Keep copies of doctors’ reports and evaluations. This information may help an individual qualify for special programs.